Joined Aug 12, 2012
·
940 Posts
Well I wasn't planning on it but it worked out and I took another trip down to Vegas for the Henderson 250 last weekend. Now if any of you are aware my race Raptor is torn down to the frame still so I swapped over a bunch of parts, mainly suspension, to my practice Raptor.

We started at 6:15 AM in Jean Nevada, about 30 minutes south of Henderson/Vegas and it was COLD. The temps were between 19 and 25 degrees. The Henderson 250 is a side by side start with 43 mile laps and a grand prix finish. 2 laps mandatory. So that was cool & different but the first lap was COLD COLD COLD! My finger tips were numb even with my winter riding gloves. Fortunately my water didn't freeze like a lot of other guy's did. I started a few rows back in my class with 8 total entries in the Ironman Expert class. I was able to pass many bikes and a few quads in the first lap.

Lap 2 was a bit harder since the sun had begun to come out from behind the mountain and lit up the dust in typical BITD fashion. Still I was able to push hard and pass more bikes and a quad or two. I had to stop for about 45 seconds as I came upon a bike #O45 who had gone down and later to find out he had a lower back injury. There were a few other riders there and we scrambled to write down some of his info to pass on to the next BITD official. It's hard because obviously if the guy is hurt or in a life threatening situation you should not leave his side but you also forfeit your race with no time rewarded back. So I made my stop quick as there were two other guys on bikes there with him already.

Lap 3 was by far the most fun and fastest lap I had. The sun hard risen high enough to not light up the dust and I was able to push the hardest. Also the course had been smoothed out a tab with all the travel on it and the quad ruts had developed a bit so cornering was a lot easier.

I came in with a time of 3:O1:38 and took 3rd place in my class. I was only 12 seconds ahead of 4th place of Zack Richardson who I passed while he was in the pits.

It was a fun race for sure but a lot of time and money went into it and in the end I'm not entirely happy with the way BITD treats us quad and bike guys. They cut our race short to 134 miles so that the trucks can get out on course and run a whole 240 miles. They also hide our damn tech station and no one knows where it is. So as of now I'm undecided whether or not I want to race for points in the BITD series in 2017. I'll probably still do V2R next year but that may be it. 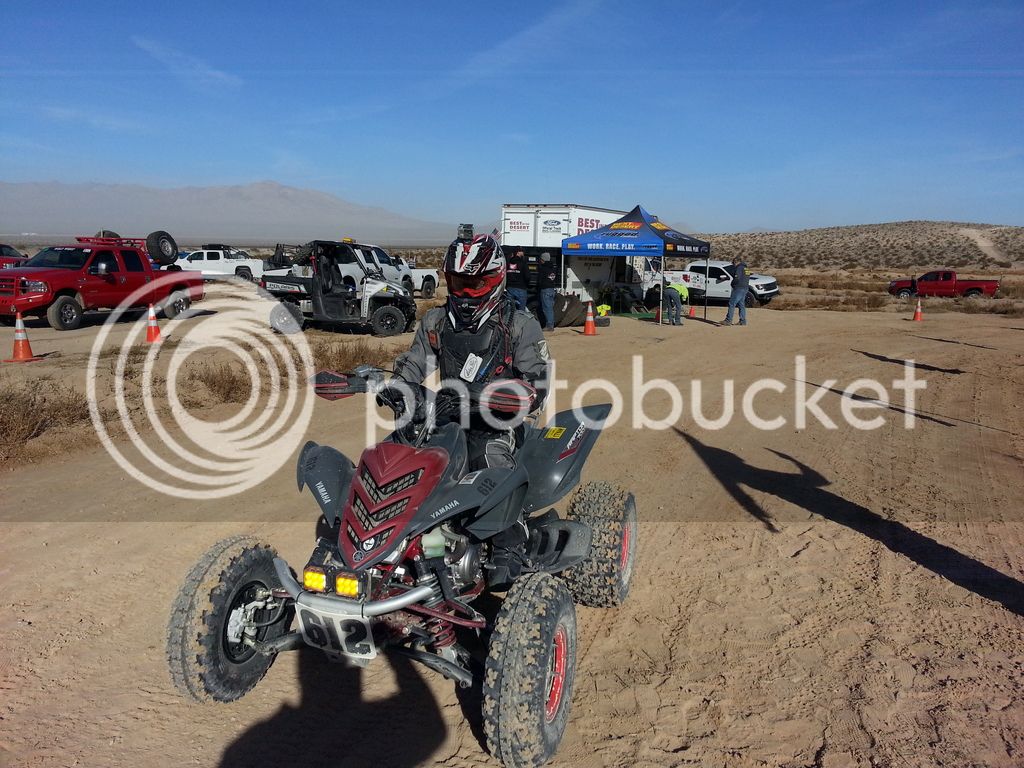 Joined May 2, 2012
·
8,070 Posts
Sounds like another fun race! Thanks for the detailed info on events, it's enjoyable envious reading.